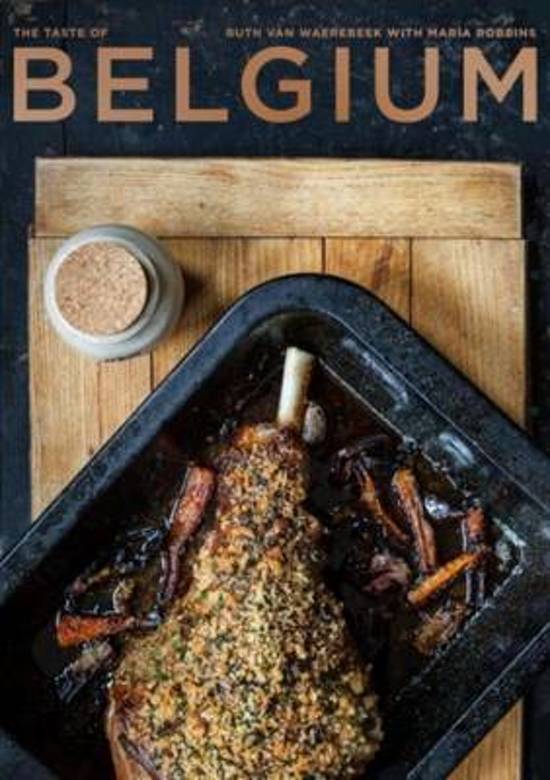 First published in 1996 (under the title Everyone East Well in Belgium Cookbook and selling over 50,000 copies) but out of print for many years, Ruth Van Waerebeeks wonderful compendium of Belgian recipes is now back by popular demand in a completely new redesigned edition with full colour photography throughout by the internationally renowned Belgian photographer Regula Ysewijn, also known as the blogger Miss Foodwise. Belgium is a country that boasts more 3 star restaurants per capita than any other nation, including France. It’s a country where home cooks ? and everyone, it seems, is a great home cook ? spend copious amounts of time thinking about, shopping for, preparing, discussing, and celebrating food. With its hearty influences from Germany and Holland, herbs straight out of a Medieval garden, and condiments from the height of Flemish culture, Belgian cuisine is elegant comfort food at its best ? slow-cooked, honest and comforting. It’s the Sunday meal and a continental dinner party, family picnics and that antidote to a winter’s day. In 250 delicious recipes, here is the best of Belgian cuisine. Veal Stew with Dumplings, Mushrooms, and Carrots, Smoked Trout Mousse with Watercress Sauce, Braised Partridge with Cabbage and Abbey Beer, Gratin of Belgian Endives, Flemish Carrot Soup, Steak-Frites, Steamed Mussels, and desserts, some using the best chocolate on earth: Belgian Chocolate Ganache Tart, Almond Cake with Fresh Fruit Topping and Little Chocolate Nut Cakes. As the Belgians say, since everybody has to eat three times a day, why not make a feast of every meal? Ruth Van Waerebeek is an adventurous traveller, international chef and cookbook author from Belgium. She was born and raised in the medieval town of Ghent where she learned to cook at the side of her mother, grandmother and her great-grandmother. She was a chef in two leading restaurants in Ghent before she set off travelling round the world. In the 90s she worked in full time teaching at a school of culinary arts in NYC. Since 2000 she has been the brand ambassador and the house chef of Chiles most important Winery Concha y Toro. She now runs the Mapuyampay Hostal Gastronomico & Cooking School in the heart of Chiles wine country. Her cooking classes have been profiled in Gourmet Magazine as one of the 50 best cooking vacations in the world.
Toon minder