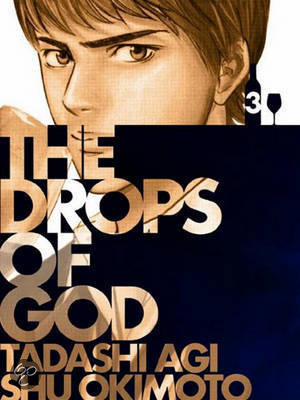 Shizuku Kanzaki is the son of a recently deceased, world renowned wine critic named Yutaka Kanzaki. In order to take ownership of his father’s legacy, an extensive wine collection featuring some of the most rare labels of the last 30 years, he must find 13 wines, known as the “Twelve Apostles” and the heaven sent “Drops of God” that his father described in his will. But despite being an only child, Shizuku is not alone in this unique wine hunt. He has a competitor. Issei Tomine, a renowned young wine critic, was recently adapted into the Kanzaki family and is also vying for this most rare of prizes.

Shizuku has never consumed, nor had any previous knowledge about wines, but with strong senses of taste and smell, honed from years of time spent with his father, Shizuku accepts the challenge, albeit with a little push from a young sommelier in training named Miyabi. In many ways his mentor and his muse, Miyabi teaches Shizuku the basics of wine and allows Shizuku to nurture his given talents as he begins his journey across the globe in search of the 13 bottles his father has selected for him to someday taste.

This third collection is a feast for all the senses as rival brothers close in and ultimately select their first vintages to nominate as heaven-sent wines known amongst critical circles as the Twelve Apostles to the Drops of God. Visually detailing the finer points of real European labels allowing readers to not only read about these fine drinks but also potentially partake in them.

The hunt is on! Shizuku and his adopted brother Issei have both selected their choices as the First Great Wine Apostle. Now they have to actually acquire these wines. Crossing the globe to meet with the winemakers and critics that know these casts inside and out. But will either one of these two know why their father selected the winning wine? The message behind it may shatter the conscious of at least one challenger, for there is more to wine appreciation than just wine value.

There are messages attached to these heaven sent wines. Shizuku’s father selected them to help bring the two closer together through wine, even if it meant having to do so while he was no longer on this plane. The blood and wine will continue to flow, but who will appreciate it the most in the end?